BACKSTAGE is a location in OMORI exclusive to the SUNNY ROUTE. This is the last location mandatory for SUNNY to come to terms with the past.

A facsimile of a concert stage within SUNNY's mind, where he could've played his DUET with MARI. It has several boxes and bricks lined alongside the walls of the area. Along with that, MARI's picnic basket is right next to the stage itself. On stage contains a music stand where SUNNY can play his violin using the SHEET MUSIC.

This area ultimately serves as the point of no return since SUNNY can only save and interact with visions of his friends before fighting the final boss of the route. He can't leave through the door as the only thing left to do is to face his fears and move on.

The front of the location reveals a long row of seats and black curtains covering the stage. A single light shines down on SUNNY as he plays his violin for the first time in many years.

After reliving six of his cherished memories within MEMORY LANE, SUNNY enters the door of the BACKSTAGE. Upon entering the room, he finds the younger versions of AUBREY, KEL, and HERO waiting for him. These ones aren't the HEADSPACE counterparts seen throughout the game but the real ones that SUNNY remembers from his childhood.

Each one of them tells SUNNY how much he means to them all. AUBREY recalls how SUNNY was there for her when she felt lonely, always having time to listen to her problems. KEL notes that even though they've missed out on each other for the past four years, he'll always be SUNNY's friend. Lastly, HERO tells SUNNY that he must put trust in them regardless of what happens.

All three encourage SUNNY to move forward as even though he did something bad, that doesn't mean he's a bad person, and life gets better in the future. The visions then turn into their current selves that SUNNY spent the last three days with in FARAWAY. They all tell SUNNY whatever happens next depends on the choice he makes for himself.

SUNNY can also interact with them for extra words of encouragement. Once SUNNY steps onto the stage, the visions fade away while wishing him good luck as the room becomes monochrome.

With the encouraging words of his friends, he sets down the SHEET MUSIC, readies his violin, and plays. After breaking down in tears over getting to mourn his sister's death, SUNNY is transported into WHITE SPACE for a final showdown against OMORI. 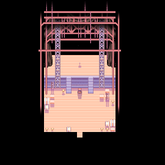 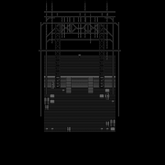