BED AREA, also known as TIME[1], is one of the many locations found within BLACK SPACE in OMORI. It is the eighth optional BLACK SPACE area.

The BED AREA resembles a small, looping world with beds and a ticking alarm clock playing in the background. There is also a telephone ringing nearby, which reveals an event from the past involving SUNNY'S MOM telling her son that they are moving away. Other than, there is not that much to do but obtain the key and interact with STRANGER.

When OMORI enters this room, he finds himself surrounded by a few beds in a looping world with a background featuring sketches of tally marks and clocks. OMORI can find STRANGER on one of the beds with the key near him, west of the entrance. Interacting with STRANGER is optional. Up north is a phone ringing with SUNNY'S MOM on the other line. When interacting with the phone, she says "SUNNY... We're moving away."

If interacted with, STRANGER will strangely address OMORI as SUNNY once again. He recalls that SUNNY has hidden the truth for a long time. He adds that when BLACK SPACE was created, its presence continued to leak through HEADSPACE, and it won't stop until SUNNY recovers his memories of the truth. STRANGER then ends his dialogue by questioning SUNNY if he can guide him to the "one that has seen the truth".

After collecting the key, several RED HANDS will spawn and interacting with them will take OMORI back to the center hub of BLACK SPACE. 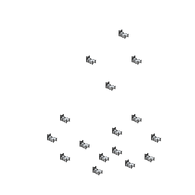 A full view of the Bed Area with no background. 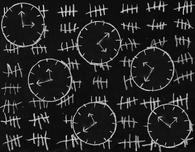 The background used for the Bed Area.