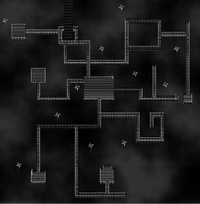 The CLOUD WALKWAY resembles a cold, empty walkway where the hollow breeze blows by. OMORI can wander through various areas of this location and encounter various creatures that resemble some of the HEADSPACE characters or something ominous in regards to the plot.

Like the other BLACK SPACE 2 areas, most of its surroundings are monochrome-colored. In addition, various pinwheels from PINWHEEL FOREST continue to blow.

There are a total of four unique rooms the player can access through specific requirements shown below. Each of them contain bizarre areas featuring characters from HEADSPACE or new creatures never seen before.

MONEY SPACE, also known as KEL POOL in the game's data, is a room featuring an endless flow of money. To find its location, OMORI must walk south and then taking the first path east will reveal a monochrome toilet. It can be accessed by interacting the with toilet after handling LOOMY, who guards the toilet, by walking away and interacting with him when he begins to follow you. Doing so will transport OMORI to MONEY SPACE.

A giant pool of money lies in the center with KEL enjoying himself by swimming in it. The player can obtain unlimited amounts of TWENTY DOLLARS by interacting the pool. When interacting the pool, there is a 1/99 chance it shows "Welcome to MONEY SPACE. Only KEL is allowed in here.", and this can only be done once. The BGM used for this area is the same as the BGM used during the GHOST PARTY event.

A empty room featuring the enigmatic HEROSAURUS. This room can only be accessed through a door located east of the hub. This can happen after OMORI helps HERO cook food within THE KITCHEN from THE DOCKS.

After going through a series of doors, the player will end up in an empty void with an strange creature known as the HEROSAURUS, who takes on the appearance of HERO's head attached to a dinosaur's body. HEROSAURUS will ask OMORI if he still accepts him upon being interacted with. With nothing else to do, OMORI can exit the room by heading down.

The BEACH is a surprisingly cheery, poorly drawn tropical island. It can be accessed after taking a TWENTY DOLLARS from MONEY SPACE and leaving it, where a door will spawn above the starting point. The door will attempt to flee from OMORI but interacting with it by cornering it in transports him to the BEACH. This area features a palm tree and a crab that tells OMORI that it can't wait to have a tan.

After waiting for a total of 24 seconds, the whole island will catch on fire due to the sun's intense heat. While engulfed by the fire, OMORI can either stab himself to escape or talk to the crab. Interacting with the crab afterwards reveals that its dying. Staying in the fire will slowly drain OMORI's HP at a rate of 1% per second until it hits 0, killing him. The BEACH can always be exited by swimming back to shore.

BEHIND THE WATERFALL is a small and endlessly looping area with three platforms of scattered FACELESS. It is accessed by entering behind the waterfall located north west of the starting area.

From there, OMORI can interact with them, and each of them will whisper cryptic messages among themselves. Groups of FACELESS will speak in hushed whispers amongst themselves when interacted with.

Individual FACELESS will tell OMORI that they miss him, beg him not to leave, or comment on his new replacement friends. One FACELESS warns you to watch out for the railing. Upon leaving once and returning, the FACELESS will apologize for not knowing who you are when interacted with. 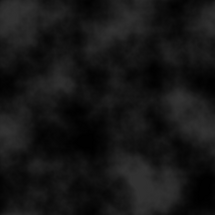 The background parallax used for the Cloud Walkway. 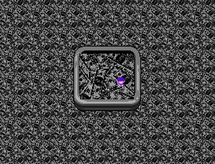 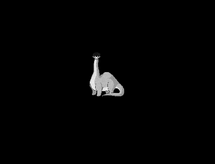 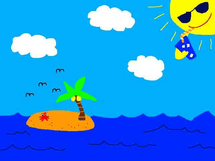 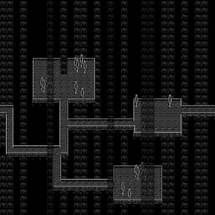