FARAWAY PLAZA is a location in OMORI. It is a local plaza that features some of FARAWAY's stores.

The main part of the FARAWAY PLAZA is the array of shops there, which consists mainly of HOBBEEZ, GINO'S, OTHERMART, AND FIX-IT. There are many streetlamps, and there is a fountain next to the stores. Below, there is a parking lot, where many of the spots are taken up. Below it is the road. It is east of FARAWAY PARK.

KEL takes SUNNY to HOBBEEZ because of nostalgia, but once there, decides to pick up a gift for HERO, who is coming back from college. They decide on PAPA CHIP'S CHIP-OFF-THE-OLD-BLOCK COOKBOOK, and it costs them $20.

Later, THE MAVERICK can be found next to the fountain, chatting to two girls. SUNNY and KEL, directed there by ANGEL, arrive wishing to know AUBREY's location. THE MAVERICK challenges them to a fight in order for them to gain the information. Regardless of the result, the two girls will leave, feeling the money THE MAVERICK payed them to hang out with him isn't worth it. THE MAVERICK refuses to tell them due to KEL calling him as his real name, MIKHAEL, and not THE MAVERICK. KEL suggests finding KIM and VANCE, and implies they are in the candy store inside OTHERMART.

Since HERO is coming back home, KEL is sent by his mom to pick up various food items in preparation for his arrival. SUNNY and KEL goes to GINO'S first to pick up a hero sandwich. THE HOOLIGANS are also there, discussing plans to go to their hangout spot.

KEL and SUNNY then go to the bakery in order to pick up cookies. After getting the order, KEL and SUNNY head back to KEL'S HOUSE.

After reconciling with AUBREY, the friend group can visit FARAWAY PLAZA and the shops located there for extra dialogue and optional sidequests. 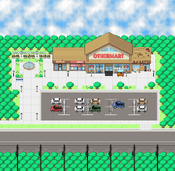 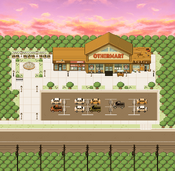 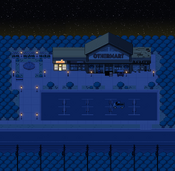