FISHBOWL AREA, also known as FISH OUT OF WATER[1], is one of the many locations found within BLACK SPACE in OMORI. It is the fifth optional BLACK SPACE area.

The FISHBOWL AREA is a grey, desolate world featuring nothing but STRANGER, the key, a fish flopping in front of an empty fishbowl, and floating apparitions of a hanged MARI. The area features a path that leads upwards to STRANGER and the key. There is not that much to do but follow the trail to complete this room.

After talking to STRANGER and interacting with the fish bowl, looping the world once will change the bowl to lumps of MARI's hair. Interacting with the figure causes it to vanish. There is also a flopping fish right next to the fishbowl, which can disappear if the player decides to step on it for a few seconds.

When OMORI enters this room, he finds himself a empty world filled with floating apparitions of a hanged MARI. From there, the player can wander around the room but nothing special can be found other than the fishbowl, a flopping fish, and STRANGER, who awaits OMORI as usual. Talking to STRANGER is optional.

If interacted with, STRANGER will strangely address OMORI as SUNNY once again. He tells "SUNNY" that he wanted to save everything they had left but notes that the latter still left him behind. STRANGER admits that he waited for a long time for SUNNY to come back, while lamenting about being unable to speak out the things he wanted to say to him. With that being said, STRANGER vanishes from the room.

The key is located up north, at the end of the path. After collecting the key, several RED HANDS will spawn and interacting with them will take OMORI back to the center hub of BLACK SPACE. 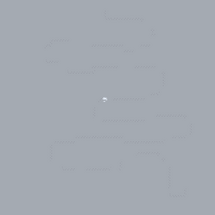 A full view of the Fishbowl Area with no background.

One of the hanged Maris from the Fishbowl Area.

The fish that can be found near Stranger and the Fishbowl.