HUMPHREY is a character and NPC in OMORI. He serves as the final mandatory boss for the HEADSPACE segments of the game.

HUMPHREY is a light blue whale and constantly wears a smile that shows his teeth. He appears to have small bumps along the top of his head. His tongue is also long enough to be stretched out and anchored on the boardwalk to be used as a bridge into his insides.

He can be interacted with even while inside of him through the numerous buds in his insides. While they are able to move individually, they appear to all belong to HUMPHREY's collective consciousness.

HUMPHREY can be interacted with his insides through buds. Each bud seems to be tasked with something by the SLIME GIRLS or just there to fill the emptiness of his gut with mundane activities, such as games and relaxing. He appears to be easygoing and fun-loving, shown especially in MEDUSA's lab by how he has designed games that can be played inside himself. He can also be careless and prone to mistakes, demonstrated mainly in MOLLY's lab. His buds appear to be afraid of MARINA, as she uses them as test subjects.

However, he is easily overwhelmed by his hunger for clams. If he is unable to eat clams, he resorts to eating anything, including the SLIME GIRLS, and even turning on the party to satiate it. He is extremely sadistic, toying with OMORI and his friends and telling them that their struggle is futile. He also has a habit of speaking in rhymes during his boss fight as well. He also contains skeletons in his gut, which are implied to be the remains of past visitors who did not make it out alive.

BRANCH CORAL states that HUMPHREY has lived for so long that he lost his sense of morality, explaining why he was so quick to decide to devour OMORI and friends despite being friendly to them earlier. This implies that HUMPHREY may have been kinder and more empathetic in the past.[1]

The player will meet HUMPHREY on TWO DAYS LEFT for both routes, after they make their way though the twist and turns of the DEEPER WELL chasing after SWEETHEART. HUMPHREY notes that they are not the first guest, and invites the team into his insides to continue their pursuit of SWEETHEART. After reaching each of the SLIME GIRLS' sectors and watching SWEETHEART's dissatisfaction with each of them, they obtain a SLIMY KEY CARD. Feeding this to HUMPHREY will allow them to go deeper into his insides.

After he is defeated, the player is ejected from him via his blowhole. HUMPHREY then says he is going to take a nap and sinks down, leaving him inaccessible.

The player can return to him on the OMORI ROUTE after receiving the GIANT CHECK on ONE DAY LEFT. HUMPHREY will eat the GIANT CHECK, and with his hunger satiated, he allows the player back into his insides to continue to explore. This gives the player access to the BOSS RUSH in MOLLY's lab, each of the SLIME GIRLS' side quests to restore their bodies, and the ability to fight ROBOHEART, MUTANTHEART and PERFECTHEART.

HUMPHREY has no emotional gimmicks like the other major bosses before him. Instead, he specializes in brute force. It is recommended to be around level 30 when you start the fight.

This is one of the longest fights in the game, but you'll also start the battle with a fresh party so there's no need to expend items to recover after beating the SLIME GIRLS.

For tips and strategies on how to defeat him, see the following pages down below for the phases of his boss fight.

For his unused variant that was cut out from the game, see the page SINGLE HUMPHREY. 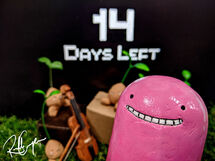 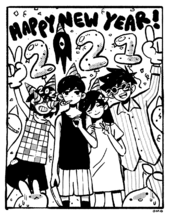 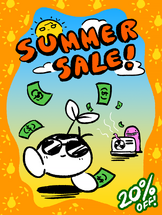