LOST AT SEA is a location within THE DOCKS in OMORI. It can accessed through a secret pathway east of the area's starting point and by interacting with a monochrome boat.

LOST AT SEA takes on the appearance of a collection of rooms featuring a distorted noise playing in the background and sea-themed. It also features a big black sea and a well containing a hidden message near the bottom of the area.

It can only be accessed by interacting with the boat in the lower right corner of THE DOCKS. From there, OMORI can briefly view a few sprites consisting of SUNNY in his bathtub and numerous other bathtubs floating around. At the end of these rooms reveals several HANGMAN letters spelling "I'M SORRY".

The first area BLACK SEA consists of a large stretch of sea that extends to the north. There are constant thunderstorms playing in the background, as well as sirens as mentioned before. The only way to navigate is to move upwards in the water. Doing so will bring OMORI to a monochrome-colored landscape.

The second area after completing the BLACK SEA consists of a monochrome landscape. It features a grey bench with a lamppost beside it. There is also a well that can be interacted with to move on to the next area.

By interacting with the well, this will take OMORI down the ladder. The player can move up or down but the only way to progress is to head downwards. Continuing to do so allows OMORI to reach a certain room reminiscent of one of SUNNY's old memories.

At the bottom of the ladder reveals two beds beside each other. Both of them take on the appearance of SUNNY and MARI's beds from FARAWAY TOWN but monochrome-colored. Interacting with the left bed will reveal a hidden passageway to the final area of this location. One of the ten "Fear Polaroids" can be found here as well, near the left bed.[1]

The last room consists of a large, empty void with nothing but several HANGMAN letters floating around in front of OMORI. All of them are blurred but if OMORI approaches near them, it will reveal the message "I'M SORRY". Walking out of this room warps OMORI back to TWO BEDS. 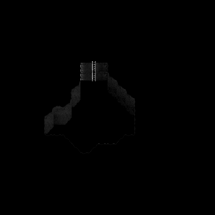 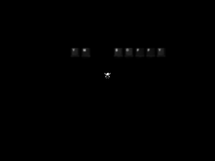 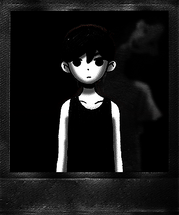 The Fear Polaroid that appears within Two Beds.