MIRROR AREA, also known as TWOSIDE[1], is one of the many locations found within BLACK SPACE in OMORI. It is the seventh optional BLACK SPACE area.

The MIRROR AREA is a hellish realm filled with mirrors and grimacing faces. Distorted noise plays in the background, which resembles that of RED SPACE. Wandering around the area will usually lead OMORI to interact with a mirror, in which smashing it will darken the background. Once all mirrors are smashed, the room will become more distorted as an eldritch variant of MARI will appear within the darkness.

When OMORI enters this room, he finds himself in a room filled with angry red faces and distorted background noise. From there, OMORI can wander around while smashing the mirrors he comes across.

Each time OMORI smashes a mirror, the more bloodier his reflection will look like. If the player chooses to smash all mirrors, the mannequin version of HELLMARI will appear with a distorted expression. Getting close to HELLMARI will result in her shrieking and warping away when interacted with.

The key is found out in the open and can retrieved at any time. This means that OMORI doesn't have to smash any mirrors at all if the player wants to avoid a jumpscare. After collecting the key, several RED HANDS will spawn and interacting with them will take OMORI back to the center hub of BLACK SPACE. 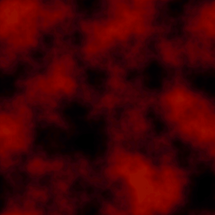 The background used for the Mirror Area.

The progress of the mirrors becoming more distorted than before.