SPACE BOYFRIEND'S HOUSE is a location in OMORI. This is the main residence of the CAPTAIN SPACEBOY and his crew of SPACE PIRATES in OTHERWORLD.

Walking north of OTHERWORLD CAMPSITE leads visitors to SPACE BOYFRIEND'S HOUSE, home of the emotional CAPT. SPACEBOY and his loyal crew of SPACE PIRATES. Inside of SPACEBOY's house contains a piano that be played by any party member and an pathway that subsequently connects to the JUNKYARD.

The pathway titled the SOLAR SYSTEM, contains various planets that SPACEBOY has captured during his adventures, THE EARTH, which can be fought if disturbed, and an outline of PLUTO's silhouette.

Once the SPECIAL MIXTAPE has been brought back, upon playing it in the boombox, SPACE BOYFRIEND leaps out of bed, enraged at the memory of SWEETHEART's poor treatment towards him during their relationship, and is now named SPACE EX-BOYFRIEND. In his fury, he attacks OMORI and friends and initiates a boss fight.

Once he has been defeated, he calms down and apologizes for his behavior. He reverts his name back to CAPT. SPACEBOY and thanks the team, also giving them a TRAIN PASS. He isn't too bothered by the loss of PLUTO, stating that PLUTO may also be destined for greater things. He gathers his crew and they go on journeys across space again.

On the OMORI ROUTE, the party can return to SPACE BOYFRIEND'S HOUSE again to receive a quest titled SON OF A SPACE PIRATE from PINKBEARD, who is wondering about the whereabouts of his son. Shortly afterwards, a messenger returns, having no leads on CAPTAIN SPACEBOY, but yielding some BATTERIES, much to PINKBEARD's frustration. You pick up the BATTERIES and set off to find the missing SPACEBOY, who has renamed himself SPACE EX-HUSBAND and resides within SNOWGLOBE MOUNTAIN.

After defeating SPACE EX-HUSBAND and bringing him back to his senses, he heads back to his home. From there, the party will see PINKBEARD lecturing SPACEBOY. PINKBEARD tells him he always knew his son was too good for SWEETHEART. He then tells him he should go by no other title apart from CAPT. SPACEBOY, and CAPT. SPACEBOY demurely agrees with him, thus ending his endeavors for love. 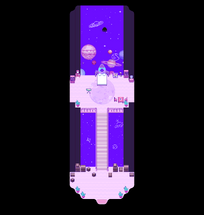 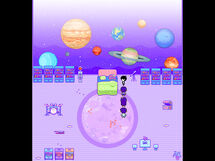 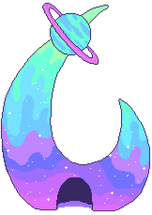 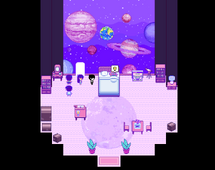