SPROUT MOLE COLONY is a location in OMORI, found within OTHERWORLD's CATTAIL FIELD. It used to be main homeland of the SPROUT MOLE race until they migrated to the wilderness of PYREFLY FOREST.

Located north of the CATTAIL FIELD, the SPROUT MOLE COLONY serves as one few areas where the player can interact with multiple SPROUT MOLE creatures. Unlike the SPROUT MOLE VILLAGE featured in PYREFLY FOREST, this one is less spacious and more hollow.

Despite this, there are a few SPROUT MOLE NPCs populating the area. One of them includes BIG MOLIO, who will reward the player two HOT DOGS if the player decides to save him in HUMPHREY. As the story progresses, more SPROUT MOLES will show up at the location. There is not that much to do other than explore the location for watermelons to smash.

One note is that if OMORI has the UNIVERSAL REMOTE equipped, he can use it on the broken TV, which warps him to one of the BLACK SPACE 2 areas known as STATIC VOID. The items that can be found from the watermelons consists of four CARDBOARDS, a COMPUTER PART, a RUBBER BAND, a LIFE JAM, a CAN, and a set of DEAD BATTERIES. 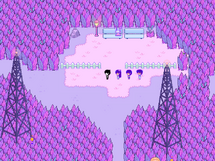 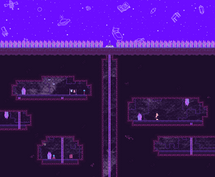 A brief view of the Sprout Mole Colony. 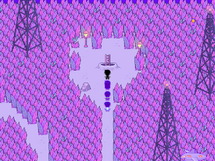 The area where the ladder is located. 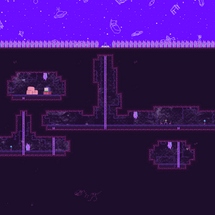 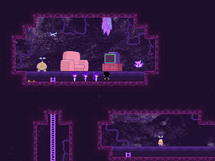 The area for the one of the Black Space 2 entrances.