August/Water
WEATHERVANE AREA, also known as LOST FOREST 2 (WATER)[1], is one of the five primary BLACK SPACE 2 locations in OMORI. It can be accessed through one of the doors in the BLACK SPACE 2 hub, only on the OMORI ROUTE. 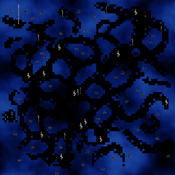 The WEATHERVANE AREA is a weird darkish purple windy landscape with poorly drawn figures from some areas of the original BLACK SPACE. Some of them seem to resemble a hanged MARI, though that is up for debate. OMORI can also find some of the creatures from the BACKYARD AREA residing here too.

There is a weathervane found near the center of the room which can be interacted with to change its direction to either north, east, or west, and allow access to different parts of the map.

AUBREY, KEL, and HERO can all be found on different corners of the map. Getting close to them will cause the screen to glitch out and push OMORI away from them, so they cannot be interacted with. However, each of their original sprites can be altered depending on the BLACK SPACE 2 events OMORI has already completed. Like with the previous interactions, heading towards them will only glitch OMORI back to where he stood: 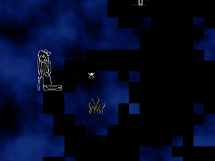 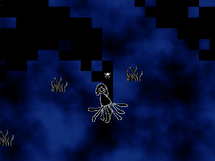 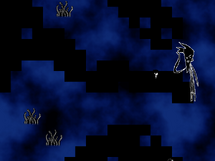 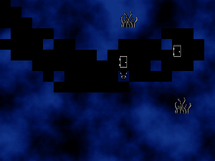 The area where the unused warp door could've been used in-game. 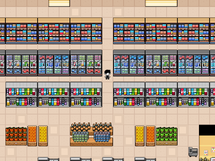 Omori inside the empty Other-Othermart map. None of the objects can be interacted with due to the area being incomplete.

SHALLOW SEA is a long area taking on the appearance of a realistic ocean. It can accessed by interacting with one of the scribbled figures on the top of the map if the weathervane is pointing north. Doing so will transport OMORI into this location. All OMORI can do is basically walk left and right while exploring SHALLOW SEA. Walking to the left or downwards will allow OMORI to exit the room.

However, if the player chooses to continue moving right through eight more rooms, this will lead OMORI into a room containing a purple ladder. Climbing up the ladder until reaching the top reveals a realistic RED HAND from RED SPACE holding what appears to be an broken noose on the top corner. Reaching the top will also bring OMORI back to the center of the WEATHERVANE AREA.

The SMALL REPEATING ROOM can be accessed by entering a door if the weathervane is pointing east. Doing so will bring OMORI to a monochrome room resembling the ones from SUNNY'S HOUSE.

Walking north continuously will eventually cause a room featuring a statue of SUNNY's MOM to appear. The statue will always continue to stare at OMORI at all times. However, the statue's expression will become distorted once OMORI moves behind her.

If OMORI continues to walk further into these rooms, the area itself will become darker, revealing a hideously deformed creature at the end. The only way to leave is to walk backwards or simply stab OMORI to warp back to the WEATHERVANE AREA. If the player tries to access these rooms again, the door will be locked as this is an one-time only event.

By continuing to move north in the SMALL REPEATING ROOM will bring OMORI to a darkened room. Up ahead features a music stand and a hideously deformed creature inhabiting the room. The creature itself resembles a giant, bloated version of MARI, with her hair covering her face.

Interacting with it will prompt it to say "Brother... I'm so glad you're here..." in a tone similar to that of MARI. The only to leave is to walk backwards like in the previous rooms. This will warp OMORI back to the WEATHERVANE AREA. 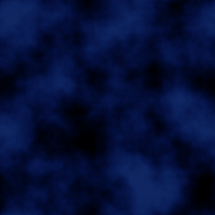 The background parallax used for the Weathervane Area. 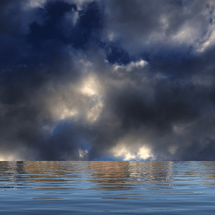 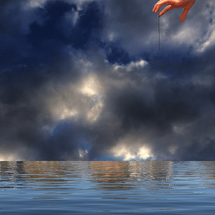 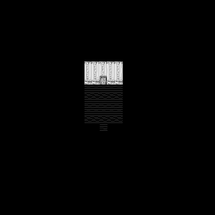 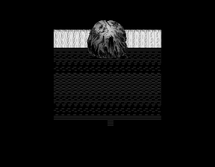 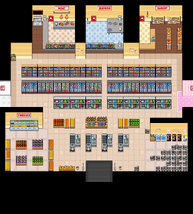 A full view of the unused OTHER-OTHERMART map. 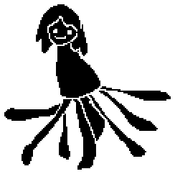 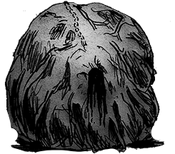